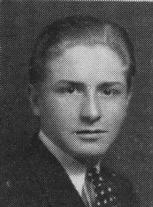 B.A. in journalism in 1938
Stanford University 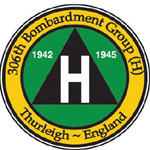 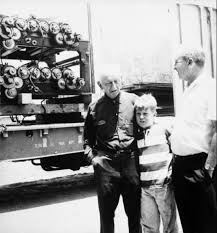 Greater Tustin lost one of its prominent citizens Tuesday when William A. (Bill) Moses, former publisher of The Tustin News, died at Western Medical Center. He was 80.

Mr. Moses was known as a scrappy character whose dislike of bureaucrats, most Democrats and wasteful political chicanery highlighted The Tustin News for the 38 1/2 years he published and edited it.

He answered to “Momo,” “Blue Water Bill” and some unprintable epithets during a lifetime that took him from his native Kansas to Stanford University, Europe during the World War II and, finally, to Tustin.

He was a general assignment and religion beat reporter for the Los Angeles Times in the mid-1940s. He bought the Tustin News in 1956 and soon became the eyes and ears of the city.

He was born in Atchison, Kan., on Nov. 27, 1915, to Mr. and Mrs. Arthur C. Moses. He spent his infant years in Burlington, Kan., where his father ran one of the Moses Flour Mills, which were sold to Kansas Flour Mills in the early 1920s.

The family then resided in Joplin, Mo., but moved from there when his father and grandfather sold their lead and zinc mines to the Guggenheim interests.

In 1924, the Moseses moved to Beverly Hills. Bill attended Moran Prep School for Boys in Atascadero for a year, and then, after his maternal grandfather died in 1931, he went back to Atchison to help his grandmother and aunt. They needed a husky male to shake coal clinkers out the furnace. He returned to California in 1933 and graduated from South Pasadena High School with the class of 1934. He entered Stanford University, where he pledged Sigma Chi, with the class of 1938.

At Stanford he was a football game ticket seller and part-time “hasher” at the student union. His summer of ’37 was spent working both shifts as a copy reader on the Corpus Christi, Texas, Morning Caller and the afternoon Times. Mr. Moses graduated from Stanford with a B.A. in journalism in 1938. His first job was as a temporary writer for the compilation of the Golden Gate Exposition guide.

When the three-week job was finished, he traveled seeking a reporter’s berth at a California newspaper. He found his first permanent position at the Bakersfield Californian in April 1939.While there, he volunteered as a flying cadet with the U.S. Army Air Corps. He was sworn in on Nov. 7, 1941, in Los Angeles and left for Kelly Field, Texas, on Nov. 12. Although he washed out of primary flight training at Corsicana, Texas, because of rough landings, he accepted an opportunity for bombardier cadet training. After several months of training, he graduated as a second lieutenant on July 4, 1942. At that time, he was given a delay en route to his next assignment, so he and Lucille (Lulu) Farnsworth were married.

Their early months were spent in combat officer training that took them to Salt Lake City, Walla Walla, Wash., Boise, Idaho, El Paso, Texas, and, finally, Topeka and Salina, Kan. His crew then flew to West Palm Beach, Fla., in a detached B-17 bound for the Western Desert Air Force. They hopped to Puerto Rico and Natal, Brazil, on their way to French Morocco. There, their orders were changed, and they were sent to England as a replacement crew. After five weeks of intensive training there, they were assigned to the 367th Bomb Squadron, 306th Bomb Group.

On their fifth mission, they were shot down over Antwerp, Belgium, captured by German ground forces and processed as POWs through Dulag Luft, Frankfurt am Main, ultimately ending up in Stalag Luft III in Upper Silesia. “It was there that I learned how to play bridge and speak French,” he often reminisced. They were incarcerated there from April 1943 to January of 1945 when they were marched out before the Eastern front collapsed. Mr. Moses and crew were shipped by boxcar to Moosburg, Bavaria and into another camp. They finally were liberated by Patton’s troops in May 1945 and shipped home on the USS Lejeune to Camp Kilmer and then to Camp Beal in Marysville. Following 60 days of recuperative leave, he was separated from the Army as a reserve first lieutenant.

Five days later, he went to work for the Los Angeles Times as a general assignment reporter working various shifts including six months as nightside police reporter. He spent 18 months as religion editor and then took six months off “to learn how to sleep.”

Mr. Moses was instrumental in forming the Tustin Chamber of Commerce, where he served as chairman of the streets and highways committee spending about four years getting the State Division of Highways’ approval for on and off ramps at Newport Avenue and the Santa Ana Freeway. In 1957, he and his wife “Lulu” helped charter the Tustin Area Woman’s Club which now numbers about 300 members. They later founded Tustin Tiller Days; and began the Jack and Jill Guild of Children’s Hospital of Orange County and Assistance League of Tustin. Mr. Moses was a lifetime honorary member of the woman’s club. He was chosen as the 1958 Tustin Area Man of the Year.

He also took an active part in the battle to keep Santa Ana from encroaching into the Tustin school districts, and he worked toward the strategic placement of annexations which kept Santa Ana out of the Tustin area from the Santa Fe tracks on the south to Fairhaven on the north.

He took great pride in operating The Tustin News on the basis of what was best, in his opinion, for the better development of the Tustin area, then a district of around 8,000 acres. In order to keep his objectivity and to maintain purity of editorial policy, Mr. Moses refused every offer of appointment to any committee or position of political nature. He felt that a newspaper editor and publisher should remain free of any alliances that could cloud or color his judgement. He was a lifelong Republican, but he never failed to criticize his party when he felt it was needed. Also, he was an avid sailor who called his boat “the publisher’s survival kit.” “Every day spent on a boat is like getting money back from the bank,” he was often quoted.

A widower, he is survived by his son and daughter-in-law, Bill III and Michele, and their son, Sean; and his daughter and son-in-law, Penny and Terry Vickers, and their children, Davis and Sara