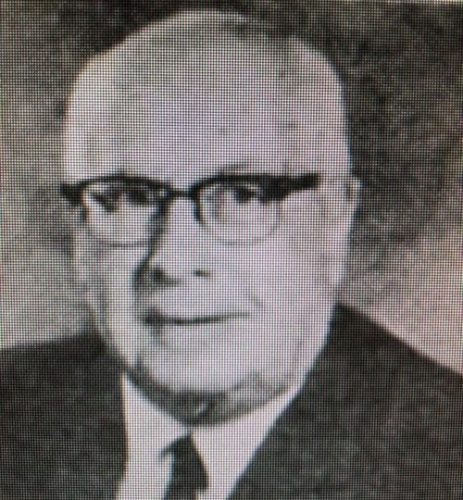 Commander of the American Legion

Col. Williamson served in France during World War I and was awarded the Legion of Merit during the Korean Conflict. He moved to Tustin in 1956 and quickly became an active volunteer in Leadership positions in several military organizations such as Commander of the American Legion, Past President of the Orange County Retired Officers Association and member of the Military Order of World Wars.

He served as Executive Manager of the Tustin Chamber of Commerce, on the Sanitation Board and as Chair of the Citizens Committee for Sanitation, His efforts on that committee and in the passing of sanitation bonds directly influenced the growth and development of new houses, apartments and population Tustin.

Interestingly, Col Williamson’s greatest contribution was a the Civil Defense Director in Tustin. At the time, Tustin was the only city in Orange County with Civil Defense. This was during the Cuban Missile Crisis between the United States and the Soviet Union when we were on the brink of unclear war. Col. Williamson distributed 70,000 survival pamphlets to Tustin and the surrounding cities, setting up supplies (including what was called radiological kits) for 30,000 people, establishing a potential 200 bed emergency hospital at Tustin High, ordering air raid sirens and training area leaders in the event of evacuation. His training seminars and articles in the Tustin News educated residents on procedures and supplies needed should there be an attack as well as in the event of natural disasters such as earthquakes.