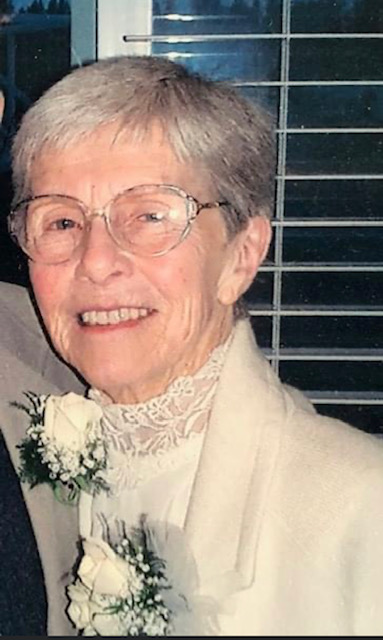 Isa Varela
Woman of the Year 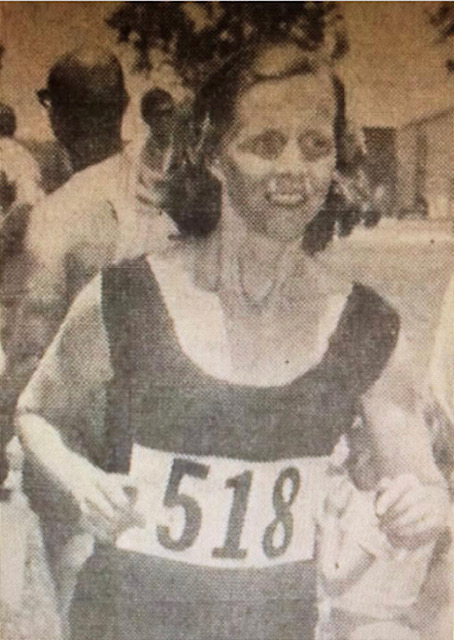 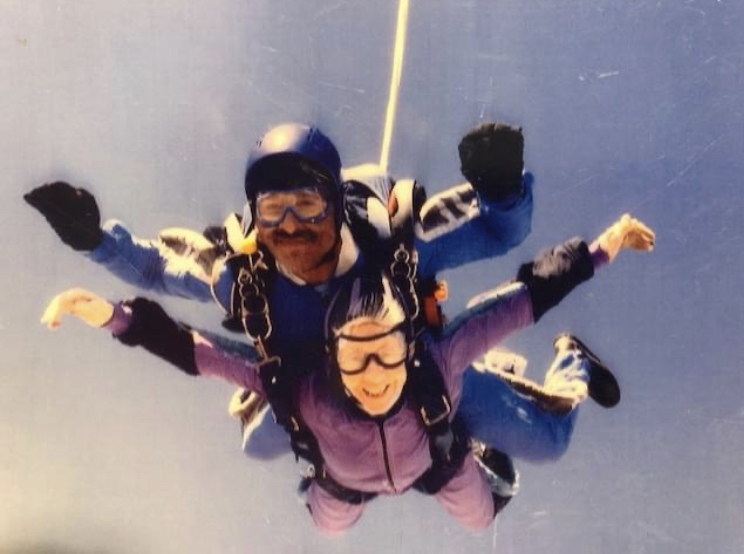 To understand the significance that 1973 Isa Varela’s Woman of the Year award had, you must take a step back in history.

In June 1972 President Richard Nixon signed Title IX, the Education Amendment that prohibited discrimination based on sex in any education program that received Federal Funds. Simply put, before Title IX, women did not have High School or College sports programs.

Prior to 1972, women were not even allowed to enter the Boston Marathon!

Isa was a pioneer not only in Tustin but in Women’s athletics. In 1970, Isa and her husband Jim, celebrated the wedding anniversary with a one mile run for every year of marriage. That year, they ran 21 miles! In 1970, Isa was the organizer of the Mile-a-thon International run, along with Kenneth Cooper, whose concepts of aerobic exercise as preventive medicine (which wouldn’t be written or published until several years later). In December 1970, Isa participated in a 50 hour run from Los Angeles to Las Vegas.

She didn’t stop in 1971. Isa was a fierce advocate for changing the abandoned Southern Pacific Railroad, Right of Entry, allowing runners and bike riders to use the trail from Irvine Blvd to the City of Orange. She continued that fight for 2 years until it was finally approved. She was also one of the leading advocates to have lights installed around the Foothill High track.  In March of ’71, she mapped a jogging route for runners to run from Tustin to the Western White House in San Clemente. In December of that year, the City of Tustin award her with a 5,000 mile plaque, quite a feat for a mother of six children!

In 1972, Isa ran Colorado’s Pikes Peak Marathon, as only of nine women entered to run. She celebrated her 50th birthday in 1975 by running 50 miles under 10 hours.

Isa was recognized as the 1974 Woman of the Year as the founder of Witness to Fitness, her work in creating fitness and running programs at the High School level and for her work with nationally known fitness experts such as Dr. Kenneth Cooper and Jack LaLanne, the Godfather of Fitness. In the mid 1970’s the Varela’s moved to Coeur d’ Alene, Idaho but Isa continued to return to Tustin to help with Witness to Fitness Week.

At 93 years of age, Isa no longer runs but did go skydiving at age 85!
She continues to make her home in Idaho.

Elisabeth “Isa” Varela passed away peacefully at her home, Jan. 25, 2021. She was surrounded by five of her six children and joined her beloved Jimmy, who preceded her in death in 2007.

Isa was born in Brake, Germany, to Johannes and Kathe Decius, on Sept. 7, 1924, “on a Sunday” as she liked to point out. She was the youngest of six children having witnessed incredible changes in the world, coming of age during Nazism and World War II.

Shortly after the war ended, traveling by train to see her sister, Isa met a young army intelligence officer in Munich who was with a detachment searching for Nazi war criminals. They fell in love but were separated for two years and corresponded until she could leave Germany, coming over on a ship and arriving in New York in 1948.

Moving to California in 1959, they settled in Tustin to raise their family.

Isa was very active in her community and was a pioneer in women’s athletics. She organized and participated in many fitness and running events, both local and in several states. She advocated and fought for changes in local regulations that allowed residents to use abandoned railroad land, creating miles of new trails for both runners and bikers to use. She also successfully fought to get funding for lights at local high school running tracks, which were not lighted at the time, so that runners could be safe at night. Isa was recognized as the 1974 Woman of the Year for the city of Tustin, for her work in creating fitness and running programs and also her work with Dr. Kenneth Cooper, a nationally known fitness expert. She also appeared on the Jack Lalanne show in the early ‘70s.

Although small in stature, Isa’s list of physical accomplishments is impressive. She ran and completed over 15 marathons, as well as twice completing the Pikes Peak Marathon in Colorado. And for good measure, she ran 50 miles to celebrate her 50th birthday in 9 hours and 42 minutes. After her first hip replacement at age 60, she began swimming, participating in a number of open water swims in Dana Point, Calif. After having both hips replaced, twice, Isa decided to slow down a bit and jump out of perfectly good airplanes twice in her eighties, and she also parasailed over Lake Coeur d’Alene.

Isa is the last of her and Jim’s generation and leaves behind a great legacy in her almost 97 years. Not only of six kids, 15 grandchildren and 20 great-grandchildren (with two more on the way), but love of family. She not only was a great example of energy and enthusiasm for life, but a role model of health and fitness for family and for all that knew her, with an abundance of persistence, strength and determination, as well as a wonderful sense of humor.

She will be greatly missed! 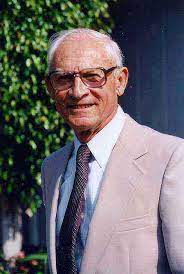 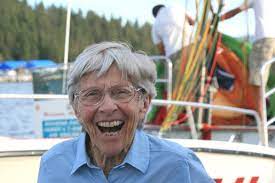 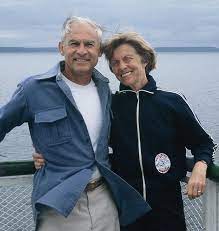