You are here: Home / 1978 Tustin Man of the Year – Howard Frederick Pinkstaff 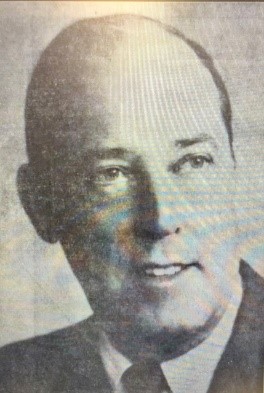 He entered the United States Navy in 1945, at age 19, and served 2 ½ years in the Pacific Theater. Upon his discharge, he attended Indiana University in Bloomington, Indiana, graduating with a Business Degree in 1949.

Pinkstaff joined State Mutual Savings in August 1968 and was appointed Regional Manager of the Tustin Branch in September 1970. He quickly became immersed in the Tustin Community, as a member of the Rotary Club, Chamber of Commerce, Tustin Area Girl Scouts, treasurer of RAP (a Rehabilitation group) and the Santa Ana Zoo Association.